Using the Octopus REST API to Create and Deploy Releases

This is Part II in our series “Continuous Integration with Visual Studio Online, Octopus and Team City”. This material was created and presented by Dante Papada at Philly .NET Code Camp on March 21, 2015.

Step 1 – Prior to creating the release in Octopus we need to get some information from the Octopus REST API. Perform an HTTP GET on the following URLs:
://octoweb01/api/projects/all – Identify the Project Id of the desired project to create a release.
://octoweb01/api/environments/all – Identify the Environment Id of the desired environment to deploy the release.

Step 2 – To create the release in Octopus perform an HTTP POST on the following URL. In the payload you must include the Project Id and the version number:
://octoweb01/api/releases

Now you will see the following result in the Octopus Deploy dashboard: 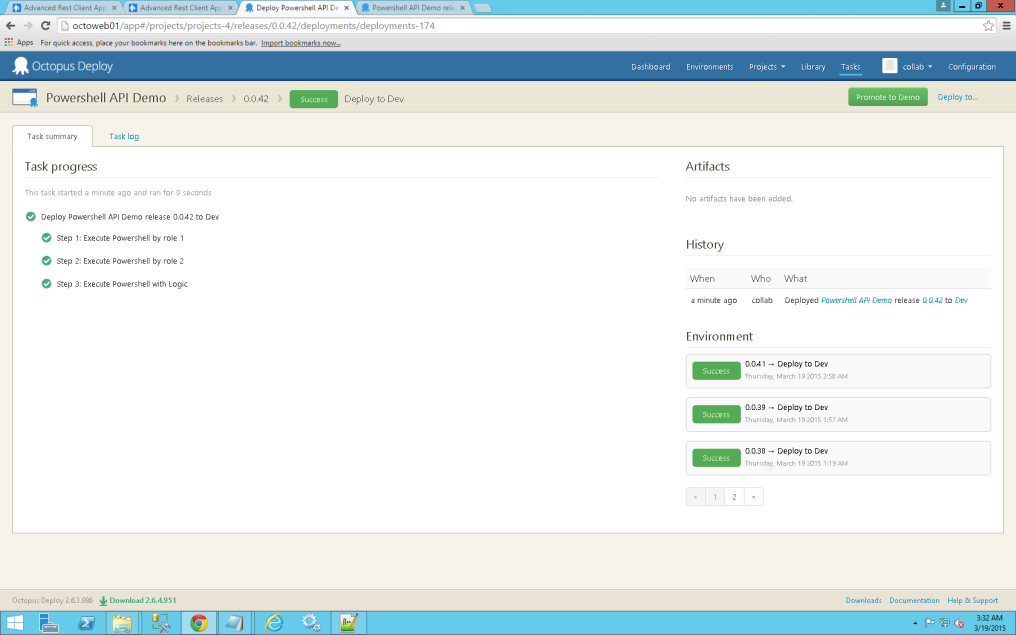 Do You Understand the Cost of Data Loss to you Business?