The Journey to the Personal Cloud

For developers and architects, the last few years have been truly amazing! I thought we reached a peak when I was able to use complex technologies—including a clustered database, queues, and topics—to build an event-based application over a weekend. Though the logic wasn’t complex, it was amazing to setup that infrastructure with just a right-click. Poof, it’s deployed to the cloud! Then I got the bill. For a sandbox environment, it was more than I wanted—or expected—to pay. Could I have written a Terraform or Ansible script to set it up and tear it down daily? Maybe, but I was just trying to validate a concept. Recently, I had a similar need to design a solution for an event-based system, but this time the solution needed to support on-premise and cloud.

By now, I have deployed several simple apps to my local Docker container, but these are all straightforward apps, based on examples from labs/courses I’ve taken. But not this time. This time there was no blueprint to follow. Because the blueprint was what I needed to create.
Getting started was easy: “docker pull <technology of choice>.” Within minutes, I had mongo, rabbitmq, kafka, sql, and a few other considered technologies up and running. My first lesson was to be sure I had my ports mapped and exposed externally.

Note: You’ll soon need to update mongo-express to use environment variables instead of link,  which has been deprecated.
By exposing ports externally, I was able to run code outside the container either from the command line or from my IDE of choice and connect to the product in the container (sql, rabbit, etc). In minutes I had a few dotnet core console apps publishing events and a node script listening and storing queued messages into mongo. I tested and compared kafka with rabbitMQ to see which I could connect to, as well as to determine which one met my needs around messaging. As a bonus, I didn’t even need to be connected to the internet. I could work from anywhere!
As the API and functionality solidified, I began moving my code from running in the IDE to running in containers. I was surprised at how easy it was to modify existing base Dockerfiles to get my node and dotnet apps running in containers. The most complicated part of the process was compiling the dotnet app, then the copy steps required to move the assets into another container to be deployed (see simple example below).

While I realize this isn’t a traditional use of Docker, it’s the one that worked for me. Further, it revealed to me the value and power of containers. Now that the application is working locally in my personal cloud, I’ll deploy it to the public cloud and test scaling the application using options like OpenShift and Azure Container Service (AKS).
So stay tuned for those results! And to learn more about deploying or automating containers on-premise or in the cloud, please check out our Cloud & Hybrid IT offerings, or contact me directly at [email protected]. 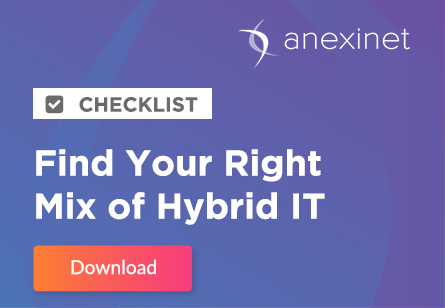 Have industry news sent right to your Inbox

Containers & Cloud Security: Threats & How to Manage Them

Office 365 Discovery & Design – Where to start?

We use cookies on our website to give you the most relevant experience by remembering your preferences and repeat visits. By clicking “Accept”, you consent to the use of ALL cookies.
Cookie settingsACCEPT
Manage consent

This website uses cookies to improve your experience while you navigate through the website. Out of these, the cookies that are categorized as necessary are stored on your browser as they are essential for the working of basic functionalities of the website. We also use third-party cookies that help us analyze and understand how you use this website. These cookies will be stored in your browser only with your consent. You also have the option to opt-out of these cookies. But opting out of some of these cookies may affect your browsing experience.
Necessary Always Enabled

Performance cookies are used to understand and analyze the key performance indexes of the website which helps in delivering a better user experience for the visitors.

Analytical cookies are used to understand how visitors interact with the website. These cookies help provide information on metrics the number of visitors, bounce rate, traffic source, etc.

Advertisement cookies are used to provide visitors with relevant ads and marketing campaigns. These cookies track visitors across websites and collect information to provide customized ads.

Other uncategorized cookies are those that are being analyzed and have not been classified into a category as yet.