Tech-Ed 2013 brought a heavy focus on the Application Lifecycle Management products and features Microsoft is bringing to the table. Visual Studio and Team Foundation Server 2012 and soon 2013 deliver features to help developers improve productivity and quality.

Microsoft has embraced a 3-4 month release cycle with updates for Visual Studio and Team Foundation Server (TFS).  With such a quick turnaround for updates we’re often asked if you should “just wait” for the next release.  There will always be a next one, at this point it’s a matter of “pick your time and go.”

Both Visual Studio and TFS 2013 previews will release during the Build conference on 6/26/2013.  While these are officially “preview” products, TFS 2013 does include a go-live license.  Microsoft did communicate that they are using it in their production environment.  That being said no official release month has been announced (as of this writing). 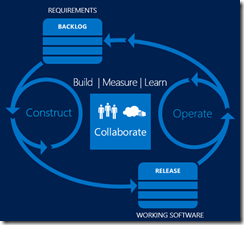 With the 2013 version of Visual Studio and TFS, Microsoft is delivering features to support improvements in planning, development, release management, and operations.

The 2013 offerings will bring substantial improvement for managing releases for continuous delivery and maintaining complex release workflows and environments.  New features bridge the gap between development and operations.  Microsoft acquired InRelease, a release management product built on top of and integrated with TFS.  This powerful tool allows workflows to be defined for moving code between environments.  It supports a variety of scenarios from simple automation through complex approval workflows involving many teams.

New features supporting operations will also be in the 2013 releases including production incident management and troubleshooting.  Systems Center Operations Manager (SCOM) now integrates with TFS.  With SCOM monitoring an alert generates a work item in TFS.  Developers can then troubleshoot reliability and performance events with intellitrace files that link through the build to the source code.

With the 2013 development platform releases and commitment to 3-4 month update cycle, Microsoft is meeting the continuous value challenges in support of evolving software development trends:

What makes a “good” software developer?