For years, the licensing piece of Microsoft has added that extra challenge to VDI and DaaS-type environments. For those of you that aren’t aware, on Twitter the hashtag #FixVDA included topics that were even mentioned in various Citrix and EUC conferences.

Well, it appears that Microsoft has recently released a new type of volume licensing that is on a “per-user” basis instead of per device! This is something that many people have been waiting to hear, and this could mean a potential boost in VDI adoption and thin/zero client implementations. I think that this will be music to everyone’s ears that were in turmoil with the never changing Microsoft licensing model potentially adapting to new licensing methods. However one downside is that volume licensing for MS Office still appears to be per device.

For further information, please check out this two MS links:

This is an interesting slide I saw from a previous conference regarding licensing and the future of VDI: 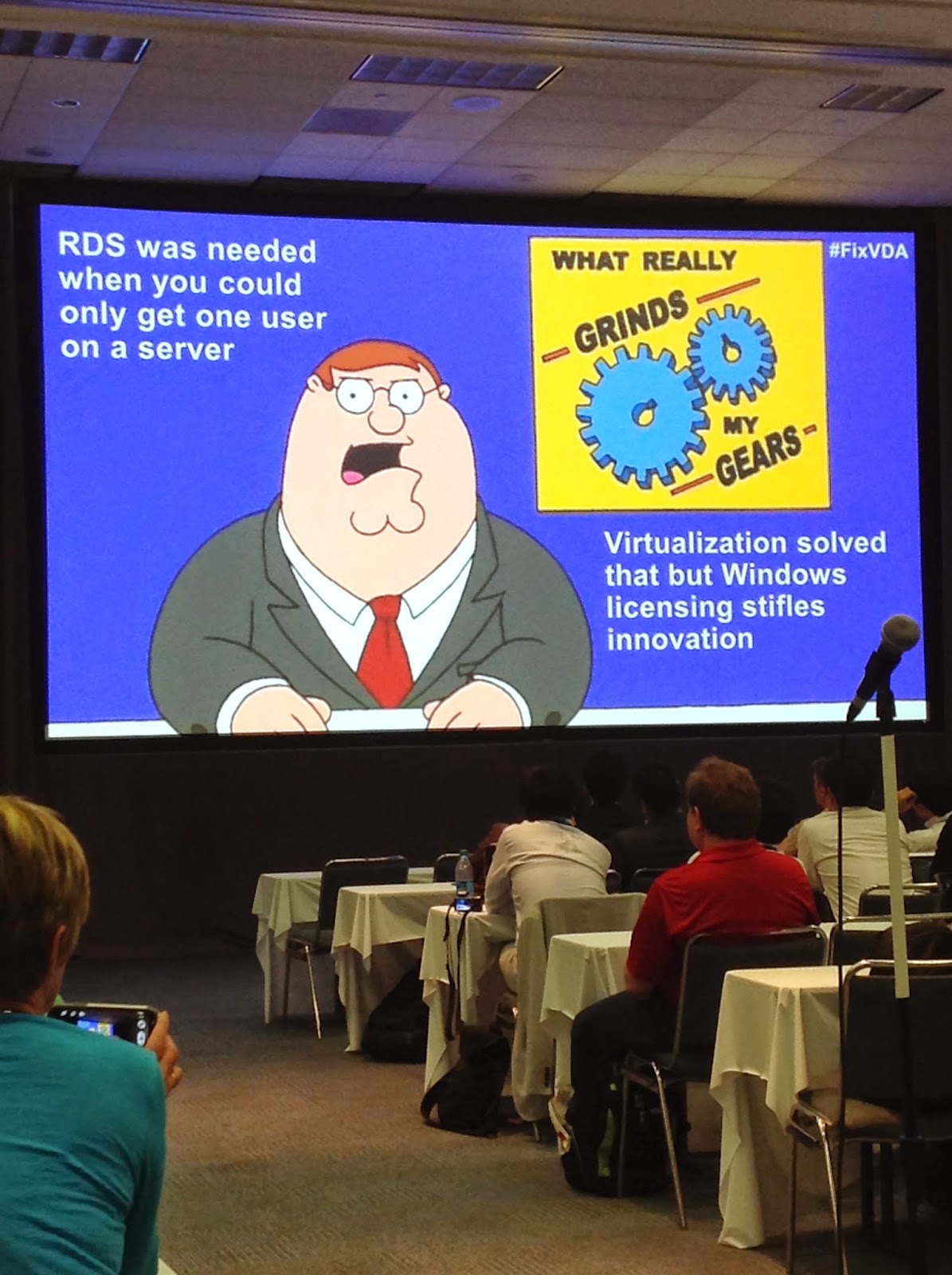 Who Bot: A Hidden Gem in Microsoft Teams

Advantages of Azure Automation – Part I

Migrating from iSCSI to FC with VMware