.NET related issue with DQS Client for 2012
In pursuing an error a colleague of mine was having with installing Data Quality Services for SQL Server 2012,  I decided to test out my own installation of DQS which had not been used in months only to run right snack into another issue with DQS that I am sharing with you (plus a fix).

Data Quality Services utilizes the .NET Framework 4.0 with use of its SQL CLR functions as part of the application.    Upgrades to the framework on the host machine can cause the potential for a mismatch in Module Version ID (or MVI) for the .NET assembly that exists in the GAC.

Immediately upon launching the DQS Client, an error dialog box would appear with the part of the error message saying:

Could not load or file assembly … or … Assembly in host store has a different signature than assembly in GAC. (Exception from HRESULT: 0x80131050) 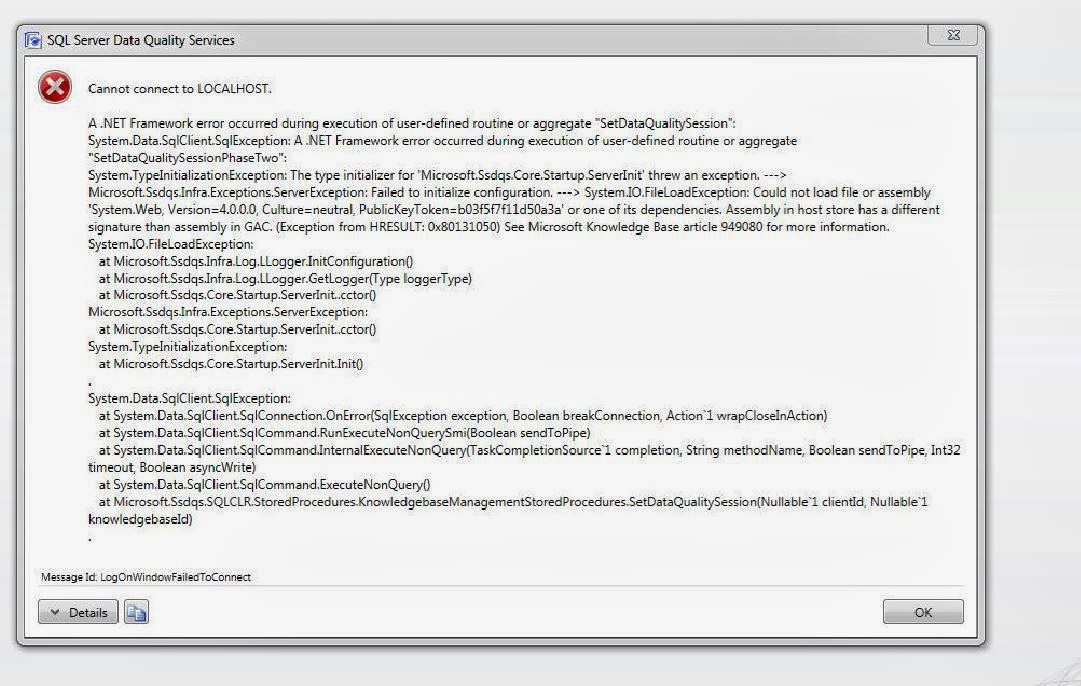 The good new is that there apparently is a fix already baked into the product.    You will have to run the dqsinstaller from the command line with the –upgradedlls.    Wish all fixes were this easy.
cd C:Program FilesMicrosoft SQL ServerMSSQL11.MSSQLSERVERMSSQLBinn

Here are some references that were used: