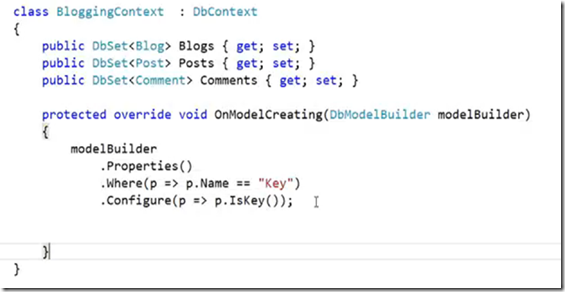 So now rather than using the [Key] annotation in the model classes, I can leave the annotation off and my custom convention will set my properties with name ‘Key’ as a primary key in the database. 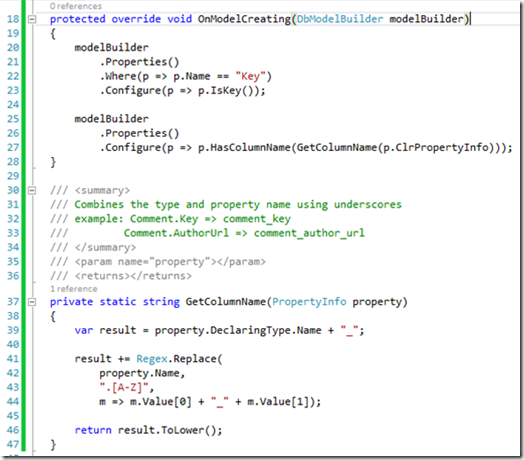 When you run the window console application, you can see the commands sent to the database as seen below: 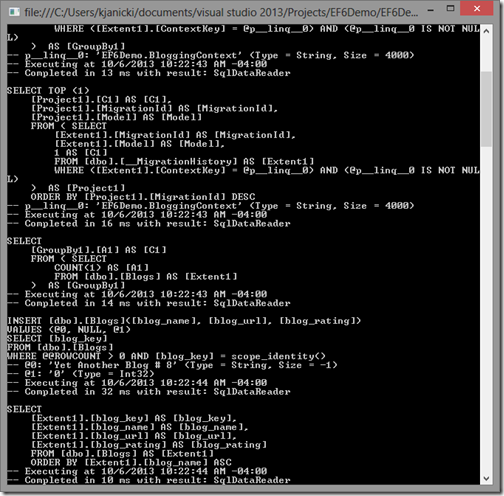 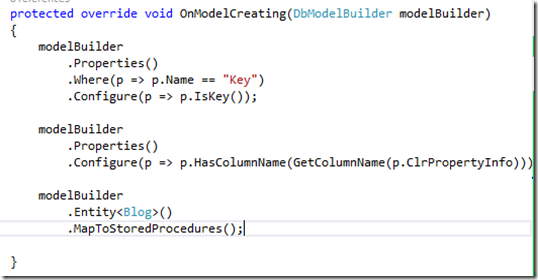 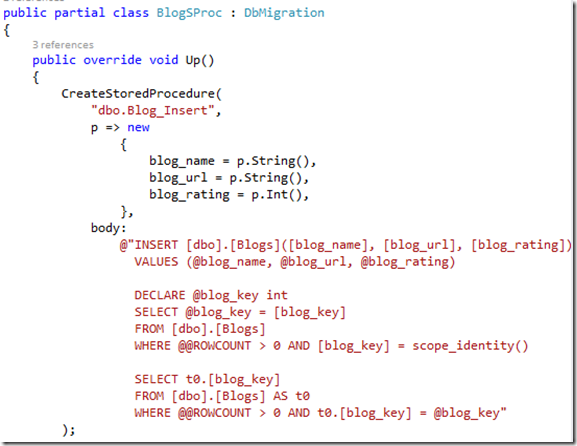 Now rather than using an insert statement, the stored procedure is called and you can see the parameter mapping as well as the time taken to execute the procedure. 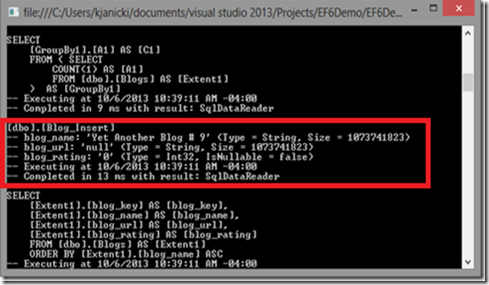 Async Query and Save
Asynchronous query and save is a task based pattern for querying and saving to the database.  When used appropriately, it can improve performance and scalability.  Aysch should be used to reduce the number of resources used by the server (free up blocked threads), improve the responsiveness of the client UI by not blocking the main thread, and to allow for parallelism where you may need to bring back a lot of data to an application.  However, please not that parallelism cannot be executed on the same context instance so there are some limitations.
To use asyc, mark the desired method as ‘asych’ and use return type of Task.  This tells the compiler that at some point there will be an operation but no CPU time is required from current thread while the operation completes.  The example below shows the changes to the method as well as the calling method to allow for async. 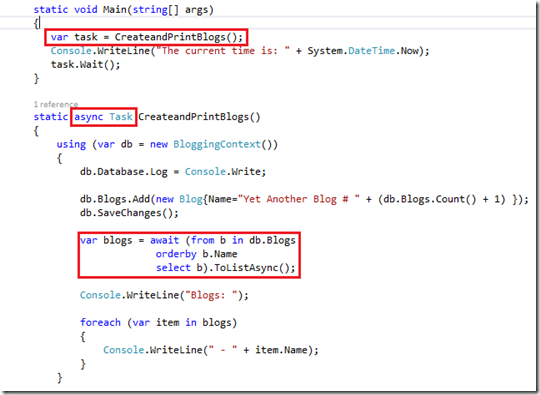 When we run the application, we can see the method is executed asynchronously and the current thread was not blocked as the application proceeded to write out the current date/time before the query completed to print the blogs (note the addition of the output of the date/time in the image above). 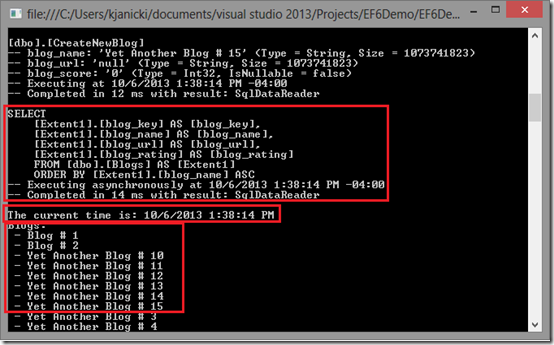 Code-Based Configuration
Code based configuration is a code centric alternative to the <entityFramework> section in the web/app.config.  This feature was introduced because it is often easier to configure code rather than modifying the configuration file.  Code-based configurations should be used when you want to change the configuration specifically for your local environment or when using an loC container to control configuration.  The simplest way to add code base configurations is to derive a class from the DbConfiguration class which allows you to see the types that are configurable and provides strongly typed configurations.  When adding a class derived from DbConfiguration in the same assembly as the DB context,  Entity Framework will auto wire up the derived class.  If you want to do something a little more complex you can use the Dependency Resolver, which gives you a more flexibility but is less strongly typed.
As you can see, there are many new features available with Entity Framework 6.0 that will make our jobs as developers easier, more effective and fun.
Enjoy!

Implications in enabling RBS in SharePoint 2013 with Document Shredding enabled.